What:  Dogie Days is an annual town celebration and tradition that includes a carnival, food booths, parade, and town barbecue. The climax is the raffling of a new vehicle on the midway Saturday night. This will be the 75th Dogie Days in 2021. The name Dogie comes from a motherless calf, pronounced "Dough-gie," as in the cowboy phrase "get along little Dogie."  The only year that we did not hold our annual event was in 2020 because of Covid-19.

Why:  Dogie Days first began in 1946 to help meet commitments made to the Llano Estacado Boy Scout Council to aid the Don Harrington Ranch home for Scouting in Amarillo. It evolved from an event called the Dumas Annual Old Settler's Reunion and Rodeo. Today, the Dumas Noon Lions Club donates the proceeds to local charities and buys eyeglasses for needy people. Proceeds also go to certain Lions causes such as the Leader Dogs for the Blind and the Texas Lions Camp for handicapped kids to name a few. In 2019, the Dumas Noon Lions netted over $117,000 dollars in proceeds for charity. They also fed approximately 6,000 people at the town barbecue, roughly half the population of Dumas.

Who:  Dogie Days is sponsored solely by the Dumas Noon Lions Club.  Members man the food and game booths while the carnival rides are operated by an independent carnival operator. No outside organizations are allowed to run booths.

Where:   Dogie Days is held in Dumas, Moore County, TX.
Population 14,785.
The carnival midway, booths, and barbecue are in McDade Park, which is on the very south side of town, north of the football stadium.

Dogie Days Facts
​General
First Dogie Days was held July 31-Aug 3, 1946. It evolved from what was formerly called the Dumas Annual Old Settler's Reunion and Rodeo. It was sponsored by the Noon Lions in an effort to meet commitments made to the Llano Estacado Boy Scout Council to aid the Don Harrington Ranch home in scouting.
Barbecue
7600 pounds of meat is cooked in a covered pit with 15 cords of wood for 24 hrs.
40 gallons of barbecue sauce
800 pounds of beans

200 pounds of onions
228 gallon cans of peaches
300 loaves of bread
Approximately 5,000 to 6,000 people are fed at the barbecue every year.
Hamburger Stand
14,500 hamburger patties are ordered each Dogie Days.
Cokes
Approximately 8,000 cans of soft drinks are used each year.
Curley Q's
2500 pounds of potatoes are cooked into curly Q fries.
Rooster Eggs
5760 cans of biscuits are deep fried into rooster eggs or approximately 57,000 individual rooster eggs. And they normally sell out every night.
Hot Dog Wagon
600 hot dogs are sold.
Pickup Raffle
Approximately 32,400 tickets are sold for a chance on the vehicle each year.
A vehicle has been given away continuously since Wayne Smith became ticket chairman in 1972. It was a 1972 Plymouth Duster.
The first vehicle ever given away was approximately in 1957. 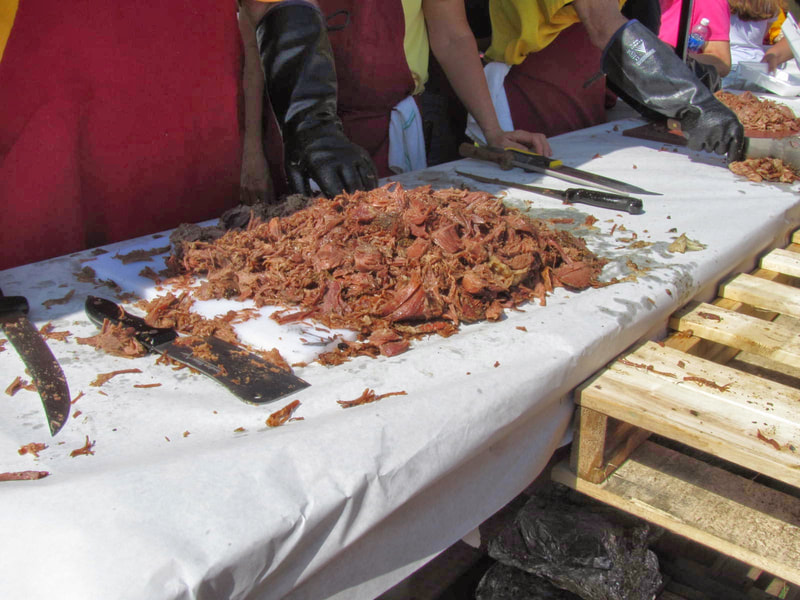 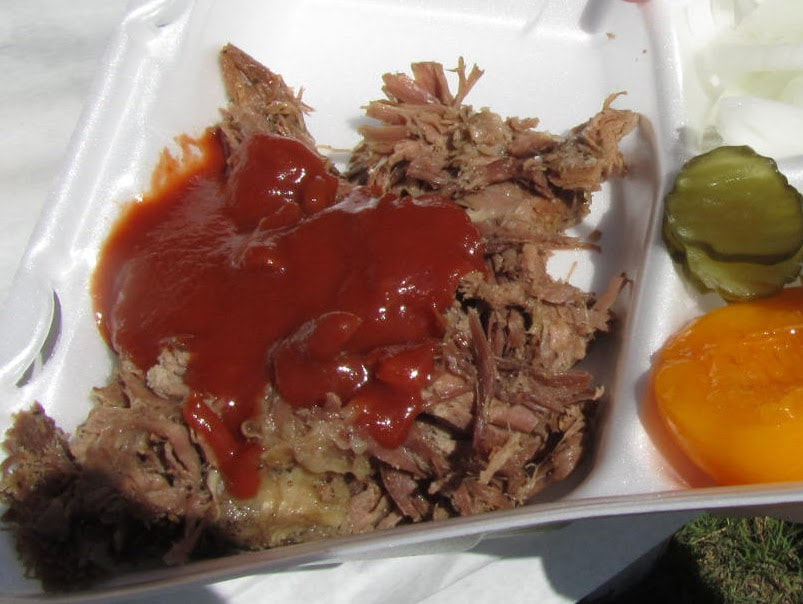 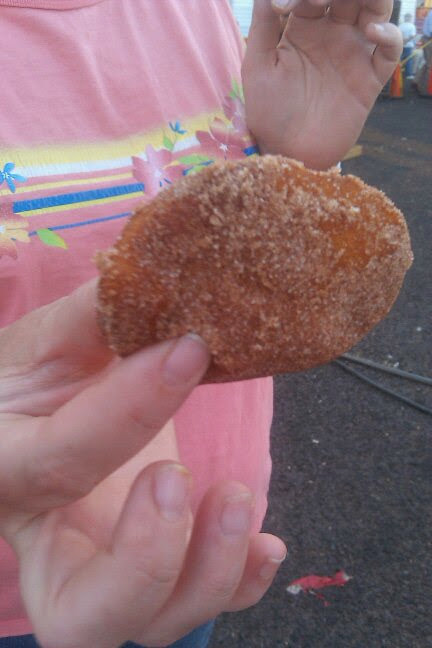 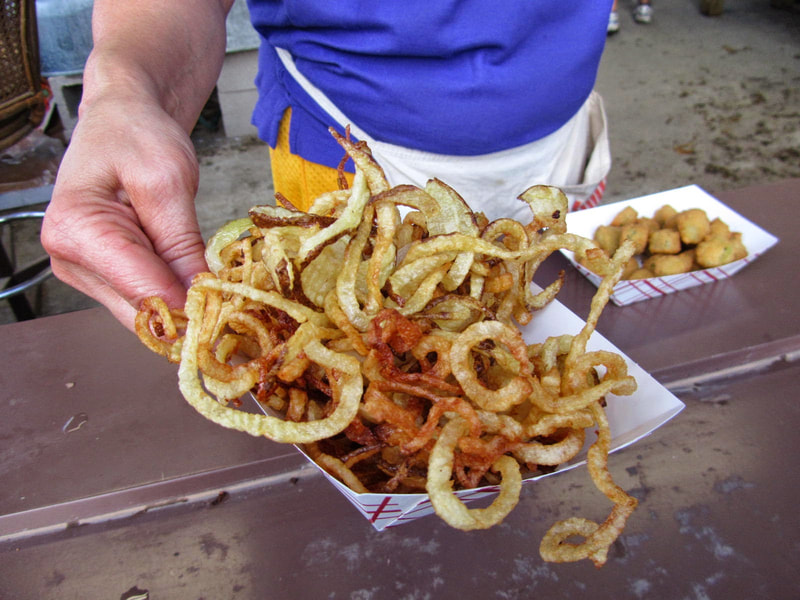 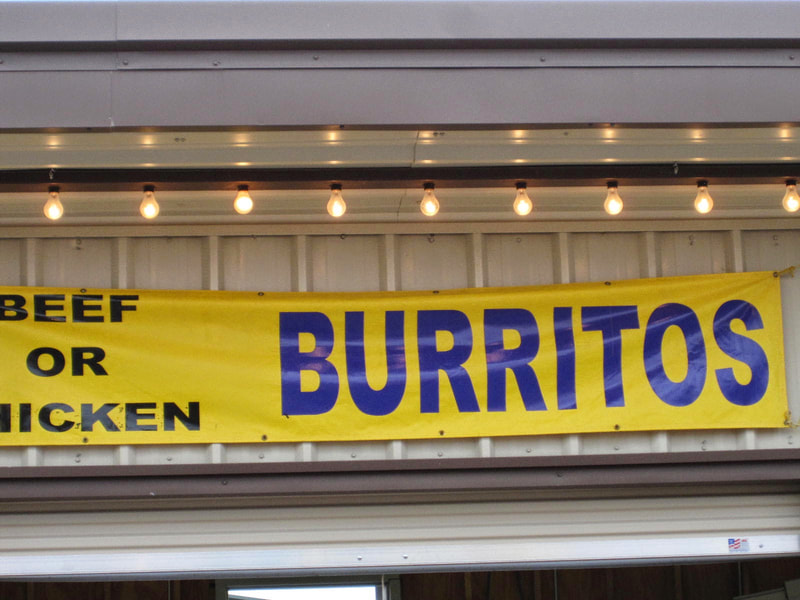 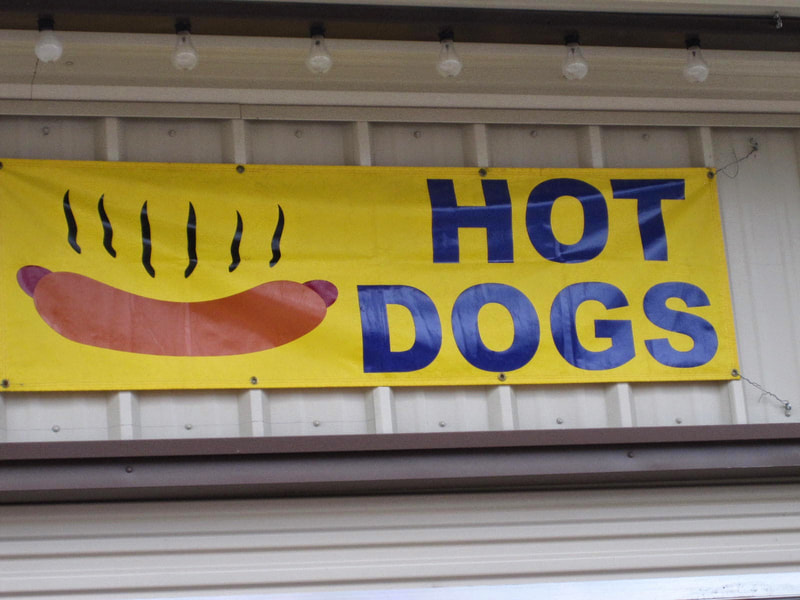 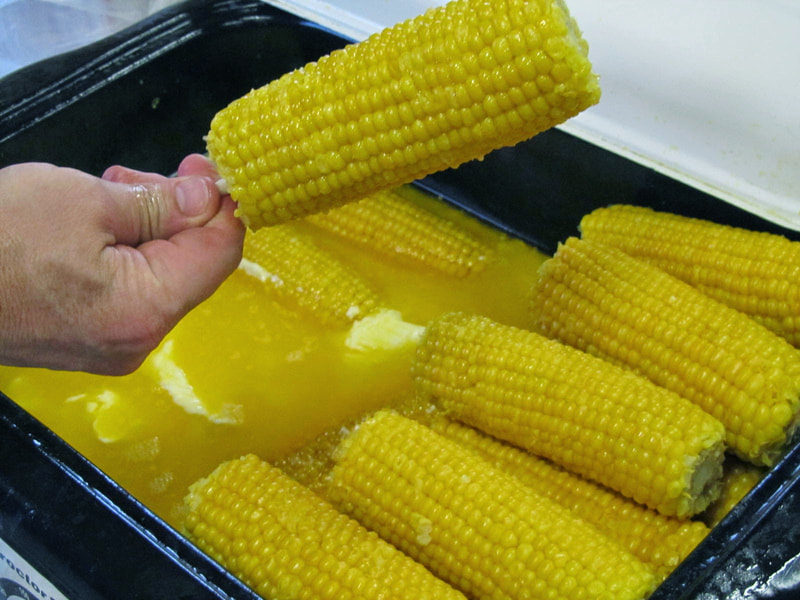 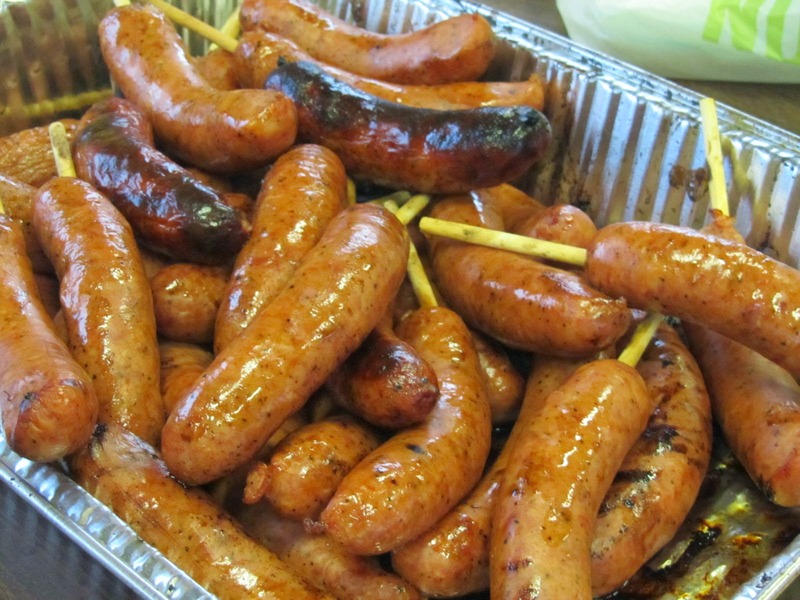